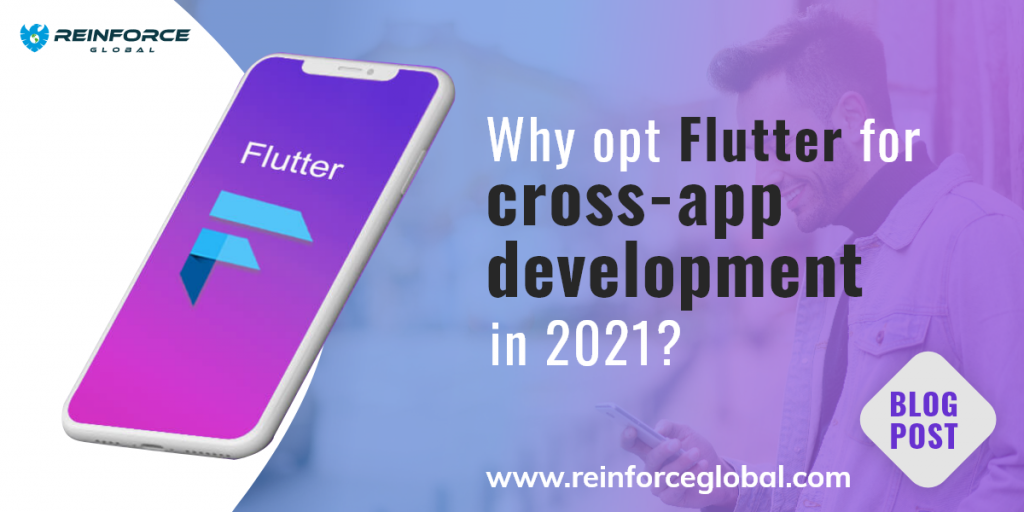 Why Opt Flutter For Cross-app Development In 2021?

In this ever-evolving IT realm, knowledge and skills in all the latest techs are precious. Since there is a high demand for mobile apps among users, their development won’t stop any time soon. Statistically speaking, global mobile app revenues are predicted to exceed $365 billion in 2023, according to Statista. This is only scratching the surface!

More and more businesses are attempting to leverage the growing number of users in the Apple Store and Play Market to launch products that will go viral. Read on to find out which fits your business better when we compare two popular development frameworks — Flutter and React Native.

Thousands of businesses have already developed appealing and easy-to-navigate products with the help of Flutter, an open-source UI development toolkit. Google released this UI toolkit in 2017 to make it easier to build cross-platform mobile applications from one codebase.

Some of the popular mobile apps that are developed with Flutter include Alibaba, Google Ads, Birch Finance and Coach Yourself.

What Is React Native?

A mobile framework created by Facebook, React Native was released in 2017. Besides building native and cross-platform apps for iOS and Android, you can build apps that work on other platforms like Apple tvOS, Microsoft Universal Windows Platforms, and others using this framework.

Some of the popular mobile apps that are developed with React Native include Delivery.com, Townske, SoundCloud Pulse and Airbnb.

So far, Flutter has acquired 114k stars on GitHub. Google has recently shared Flutter developers’ share and revealed that 35% work for a startup, 26% are enterprise developers, 19% are self-employed, and 7% work for design agencies. In a survey of cross-platform mobile frameworks used by software developers worldwide in 2019 and 2020, 39% developers chose Flutter app development.

Reinforce Global is one of the reputed custom software development companies in the USA that uses innovative technologies to help consumers customize their mobile apps, websites, and software. They specialize in custom website design and development services, code review & audit services, and prototype/MVP development services which assist clients in taking their business to the next level.